Vantera Coffee Bean Company, (VCBC), a majority African and Black American owned company, which was initially started in early 2020 by some of the Vantera Holding Corp and Haileslassie Ambaye Industries executives, is managed by a group of highly skilled and experienced men and women who comprise over 40 years of coffee industry experience.   VCBC, (a member of Vantera Commodities Group, LLC family of companies), was established for the purpose of the development, production, sales and distribution of high-quality coffee beans. Haileslassie Ambaye, who was the founding chairman of Vantera, brought over 25 years of invaluable coffee business experience and expertise to the Vantera startup.   After the majority of VCBC was recently acquired by Vantera Holding Corp, Don Polk, who was vice chairman of VCBC, became the executive chairman of Vantera.  The company is also owned by a major leading Ethiopian coffee producer and a leading Ethiopian logistics company.

“we aim is to be a primary “go-to” company for the best coffee Ethiopia has to offer, as well as other high-quality coffees grown in Africa or other regions throughout the world. We source our green coffee beans directly from thousands of farmers through our in-country based sourcing companies or partners. We are directly involved in every step of the way until the final green or roasted beans are delivered to our customers.   We ensure and deliver consistent quality by maintaining strict quality control on the ground via vertical integration.” 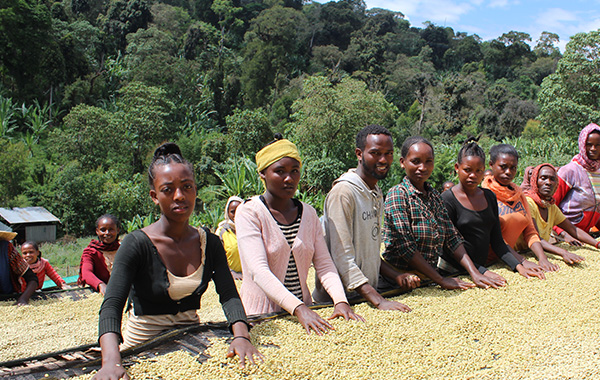 This website uses cookies to improve your experience while you navigate through the website. Out of these cookies, the cookies that are categorized as necessary are stored on your browser as they are essential for the working of basic functionalities of the website. We also use third-party cookies that help us analyze and understand how you use this website. These cookies will be stored in your browser only with your consent. You also have the option to opt-out of these cookies. But opting out of some of these cookies may have an effect on your browsing experience.
Necessary Always Enabled
Necessary cookies are absolutely essential for the website to function properly. This category only includes cookies that ensures basic functionalities and security features of the website. These cookies do not store any personal information.
Non-necessary
Any cookies that may not be particularly necessary for the website to function and is used specifically to collect user personal data via analytics, ads, other embedded contents are termed as non-necessary cookies. It is mandatory to procure user consent prior to running these cookies on your website.
SAVE & ACCEPT

This is a demo store for testing purposes — no orders shall be fulfilled. Dismiss